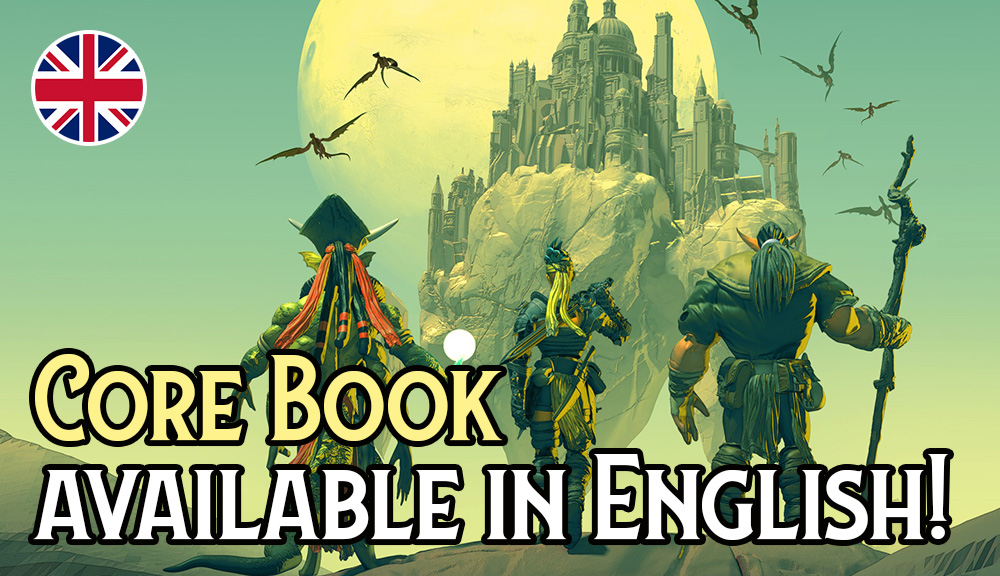 At long last, the wait is over! The Core Book for Lore & Legacy is now available in English!

​Lore & Legacy is a science-fantasy role-playing game set on the fantastical world of Empyrea, a vast planet laying in the shadows of a mostly forgotten past. On Empyrea, several distinct species, each hailing from distant stars, now live together, picking through the ruins and technology of lost civilisations.

Players are Free-Lancers : intrepid adventurers, hunters, slayers and explorers determined to unravel the planet’s many mysteries.
It is up to them to protect the populations, lift the veil on ancient lore and reclaim their lost legacies…

All you need to play is a handful of d6s, d8s and d10s, and the contents of this book, namely: the complete rules for the « 3D Engine » system; descriptions of six playable peoples; dozens of abilities, spells, and items; a bestiary of 80 creatures and adversaries; 3 ready-to-play adventures; 6 pre-generated characters; and much more!

It can be acquired from the following stores:

One thought on “Lore & Legacy: Core Book available in English”